Why Does Diarrhea Smell?

Relieving a bowel movement is no bouquet of roses, but diarrhea, in particular, can have you plugging your nose and wondering what it was that you ate or if perhaps there is something else going on within your gut about which you are not aware.

Whether you call it poop, feces, stool or going number two, whatever the name, it says a lot about your overall health. Having diarrhea, specifically, bad-smelling diarrhea is a large indicator that your body is fighting an infection of some sort or perhaps dealing with another serious issue.

So why does diarrhea smell so bad?

Feces itself is made up of undigested foods, mucus, bacteria, and even dead cells which have a general odor. But if your body is infected, the parasites need to be released through the body through diarrhea and the horrible smell is a reflection of the infection itself.

Diarrhea occurs when the stool passes through your large intestine too quickly, which is the result of your body wanting to rid itself of the infection or bacteria that is causing it harm. Its appearance is loose and watery and it is accompanied by a horrible stench.

In order to properly identify yourself as having diarrhea, the body will release this watery stool three or more times in one day. If it is something to be overly concerned about, it will persist for weeks at a time; a chronic illness, such as Chron’s Disease, may be the cause and a visit to the doctor is in order.

More often than not, it could be that your body picked up parasites found in water and the digestive system has been disturbed in such a fashion that the body will need to expel the feces as diarrhea for one to a few days; this is known as acute diarrhea.

It could also be a gastral intestinal infection, an allergic reaction to something you ate, or a result of a stressful moment in your life. Staying hydrated during this turbulent time is important as your body is losing a lot of water.

Another specific reason for diarrhea to smell is when your body is having difficulty absorbing the nutrients in the food that you have consumed, otherwise known as malabsorption. This malabsorption is another sign that there is an infection or even a disease within your body, as your intestines then become unable to do their job.

As previously mentioned, Chron’s Disease is a chronic illness that can cause foul-smelling diarrhea, but there are a few more about which you could be concerned. These include, but are not limited to, Inflammatory (or Irritable) Bowel Disease (IBD) and Ulcerative Colitis (UC), a group of diseases that causes the lining of your intestinal tract to become inflamed.

You may also consider the following to be the culprit of your foul-smelling diarrhea: celiac disease, sensitivity or intolerance to gluten which damages the small intestine and thus causing malabsorption to occur. Other intolerances such as dairy intolerance, carbohydrate intolerance, the inability to absorb sugars and starches, or another food allergy may be the offender.

In the case where the infection is the cause, which is known as Gastroenteritis, inflammation within the intestines or even the stomach, is often due to eating or drinking contaminated food. We mentioned parasites in the water, but it can also be the result of salmonella, E. Coli, or another form of bacteria.

In some cases, medications or other supplements, such as vitamins may also cause malodorous diarrhea. If the body is reacting to something within the medication or vitamin, the body will have diarrhea in order to expel the foul item until the balance is once again restored within the body.

An individual who is taking antibiotics to treat an illness may also experience diarrhea, but so too can an individual who has overdosed on one of the following vitamins: K, A, D, and E. If this is the case, the individual should seek medical attention promptly.

In more rare cases, putrid diarrhea can be related to a person who is an aggressive gum chewer, specifically gum that contains Xylitol or Sorbitol, both sugar alcohols that are unhealthy to the body. Lastly, a foul stool could be the result of cystic fibrosis, chronic pancreatitis, or even short bowel syndrome.

What is often associated with foul diarrhea is frequent trips to the bathroom, pain in the abdomen, or uncomfortable bloating, repeated flatulence (which will also be putrid), and even nausea or vomiting. In some cases, the cause is treatable with small changes, however, in other situations a change in diet is necessary.

Listen to Your Body

Listening to what your body is trying to tell you is key. When we ignore the signs, our body has to go to more extreme measures to get our attention, such as diarrhea. Diarrhea should never be ignored, especially foul-smelling diarrhea. 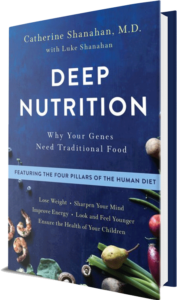